9 Common Leafy Greens You Didn’t Know You Could Eat One thing that really bugs me these days (and yer, this may make you think I have no life but I’ll let that one slip), is when I walk by groceries stores and see all the vegetables with their leaves or tops chopped off. Dude, are you trying to rip me off! From this experience, my love for the farmers’ market only deepens where more often than not, they give you the WHOLE plant. Stepping it up a notch and better yet, growing my own where I decide the what and the how.

In the kitchen we often adopt an approach towards our food that’s been passed down through the generations. We do certain things and prepare food in a certain way because that’s the way our parents always did. And then we have mainstream supermarkets telling us what to eat and how it should be eaten. We just don’t think twice. This was much the case for me. As I discovered, when I moved out of home for the first time, many of the meals I prepared and the ingredients I used were similar to the ones my mum prepared for me growing up. But I also found myself sticking to the same vegetables because that’s all the supermarket was selling. Things started getting a little, well, boring. I had become conditioned based on what the supermarket was selling and not even thinking twice about the value in commonly discarded vegetable scraps.

Did you know, most of these leafy green leaves (and I say most, because there are some you do not want to. Like tomato leaves – you don’t want to eat those. But they’re actually a fruit so it doesn’t count) are edible and highly nutritious? In this post I’ve included nine common vegetables which you probably didn’t know you could eat their leafy greens too! And yes when someone is selling you only half the plant, you are getting ripped off!

Radish leaves are slightly peppery and work as a great addition to a fresh salad. Throw them in with the radishes! You can also lightly saute them with some garlic and butter. They’re better off eaten within a couple days of purchase or harvest. Attainable Sustainable has an awesome Radish Leaf Pesto which is divine and a great way to use them.

Sweet Potato leaves are highly nutritious and great if they’re cooked or served raw. They are rarely sold with the sweet potato tuber, even at the farmers’ markets. So look in the greens section where they may be sold as a salad bunch. Some simple garlic stir-fried sweet potato leaves go down a treat.

Ok, not so much of a leafy green, but it still surprises me how many people use only half the scallion and throw out the rest. The whole thing, white and green stalk, are edible. The white part has a far more tangy, onion taste and the green part works well as an alternative in salads where you just need a slight onion tang without the salad onion twang. Get what I’m saying? Am I the only one who can’t stand raw onions? 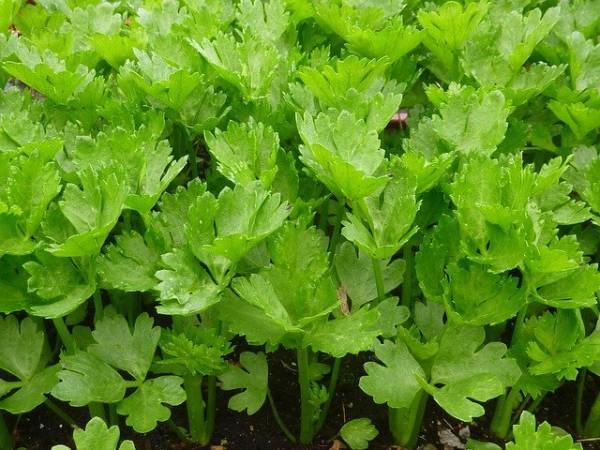 Celery leaves are so often discarded and it’s one of the best parts of the celery vegetable! Celery in and of itself is rather bland but using the celery top makes a great addition to soups and stocks, or even blending it in with thick soups. I even chop them up as an addition to salads! I love beet leaves! They are so pretty with their little purple veins and they make a beautiful addition to a summer salad that calls for a bit of color. Dressed with a balsamic vinegar, sliced & grilled beets, walnuts and blue cheese and…. oh dear beets, you have me swooning.

Another great addition to stocks and soups. You can turn carrot tops into a pesto or use them in a chimicurri recipe. They are rather bitter which can be off-putting for many people but the bitterness actually aids in digestion. Many of these root vegetables and tubers, pack a lot vitamins and minerals into their leaves and tops. So don’t ignore them!

Broccoli leaves are totally in vogue. Word on the street is they’re the ‘new’ kale. They are rather fibrous so lightly cooking them helps to break them down, making it easier on your digestion. Add them to a soup, stew or a replacement for collard greens and other brassica vegetables in a recipe. Take that kale! 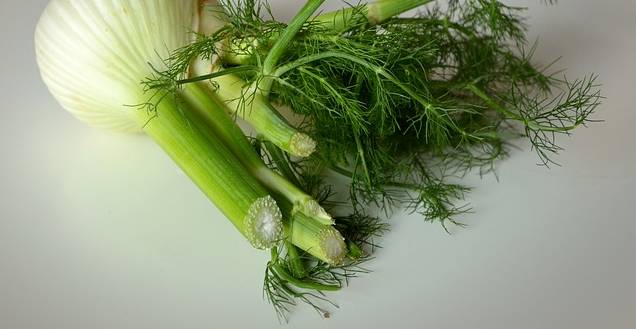 Surprisingly, the fennel top has a very similar flavor as the bulb so what a shame to throw it out! The texture and look reminds me of dill. Add it in a salad for that incredible fennel flavor, minus the crunchy texture of the bulb. I’ve also made a creamy coconut, fennel top dressing in the past which is divine drizzled over grilled salmon. The ingredients include coconut cream, lemon, salt, pepper and fennel top, all blended together. Boom!

Similarly to fennel, the bulb (what do you call that part of the endive?) is often the commonly used part of the vegetable. Don’t throw out the leaves though! The leaves make for a great addition to a salad alongside other salad greens to offset the ‘bite’.

What are your favorite leafy greens that are common but aren’t so commonly used in cooking?

Posted on May 11, 2015 by Emily Uebergang Posted in EcoLiving, Home & Garden